SKB, or Skateboarding,  has various disciplines like Street, Vert, Pools and the Mega Ramp. What started out as sidewalk surfing in the 70’s with the forefather skateboard groups like the DogTown and Z-Boys, The Daggers, The Alva Team and the list goes on, has now become one of the largest alternative sports in the world with over 50 million skate-boarders worldwide. Skateboarding has been innovating and reinventing itself for over 50 years now and still thrives  today in the streets, backyards and stadiums around the world. 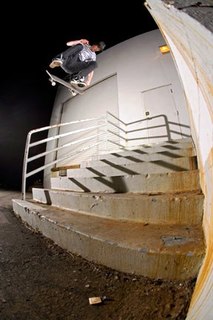 From the streets to the empty backyard swimming pools, Skateboarding evolved onto the transitions in the 70’s when the godfather Tony Alva did the first frontside air at the Dog Bowl. From that moment on, it soon evolved into a half pipe built out of wood or steel and became known as Vert Skateboarding. 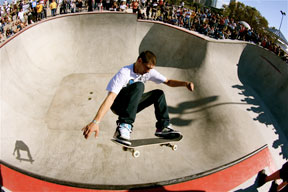 Pro Rider Rune Glifberg from Copenhagen, Denmark is a Vert veteran that has a very versatile smooth style on any skating terrain. Street, Vert, Bowls, you name it, Rune can ride it. Be sure to check out some of the other Pro Rider Bowl skaters like Omar Hassan, Brian Patch, Sergie Ventura, Dave Duncan, Juergen Horrwarth, Sandro Dias, and  Aaron Astorga right here at the PRO website. 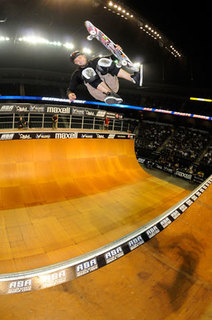 Pro Rider Pierre Luc Gagnon is one of the leading pioneers who came up through the ranks and is now innovating and winning every major event around. Check him out to left as he does a 360 kickflip varial to fakie at an ASA event and he probably did it into a 720. PLG is one of the hardest working Vert Riders out there and it shows in his skating. He is also a contender in the Mega Ramp in the X Games. You can also see  Pro Rider Vert skaters like Buster Halterman, Chris Gentry, Danny Mayer, Jean Postec, Jake Brown, Mike Crum, Anthony Furlong, Lincoln Ueda, Rob Lorifice, Sergie Ventura, Rune Glifberg, Omar Hassan, Sandro Dias, Renton Miller, Adam Taylor, Max Dufour, Darrin Jenkins, and others right here at the PRO website. 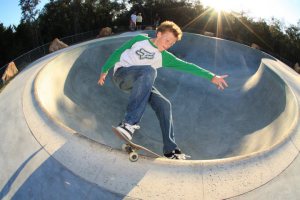 The future generation of skateboarders are known as the PROtentials. Rider Jordan Price to the right is one of the hottest up and coming PROtentials out there on the scene skating Vert, Street, pools and anything else in between. His dad is one cool supporter and PROtographer that always keeps the updates on the PROtential world. Other PROtential Riders to look out for are Lance Childers, Pedro Barros, Ranoldo Gomes, Mitchie Brusco, Jet and Jagger Eaton, Gregory DeHart, Trent Bowman, Griffin Chase and David MacKay.

Just a few of our SKT members …