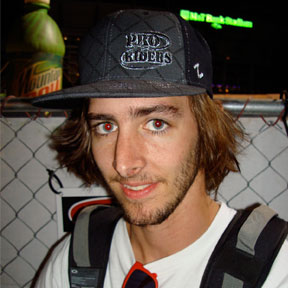 Josh is inspired by people having fun, and he's afraid of big snakes and getting mugged in other countries. He lives in the BMX mecca of Greenville, NC and prefers riding street, "but there is nothing like flowing through good trails or blasting a big air on vert." Not bad for a guy whose goals are just to "shred and stay healthy." Josh likes meeting people, seeing the world, and riding bikes. 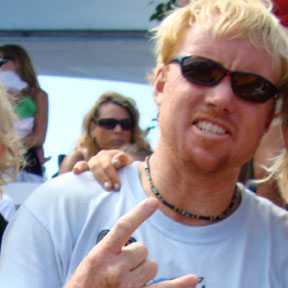 "I was like the wheelie  king of the neighborhood, and then along came this guy, Eddie Ebbert, who did a  rock walk. I knew I had to learn it to be rad. Eddie and I learned all the  tricks after that. We eventually built a ramp. It was a bunch of boards nailed against a telephone pole. It was sketchy, but at least it hit vert. It was only  nailed in the center. If you hit the sides, it would turn. That ramp lasted  about a month. Then we built a kick-turn ramp and practiced rollbacks”. 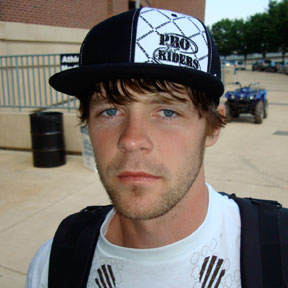 is a professional BMX rider and amateur comedian... okay, maybe pro comedian as well. He has made his way around the contest scene and filming scene but more recently has been chilling and riding his bike and having fun the way it should be. He had podium finished in the X Games in the early 2000s and has been up and down on the Dew Tour recently. Alistair is more so, however, what you hear in his name: a STAR. People know Alistair, like outside of BMX and all. Being on TV and doing crazy stunts with action sports friends he knows a lot of people. 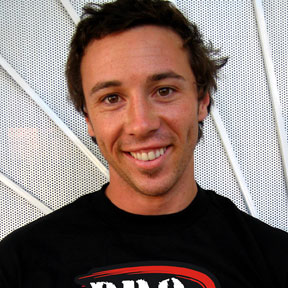 A California native, Gary Young has been riding for nearly a decade. Gary definitely earned his stripes by placing among the top ranks in almost every contest hes entered, including gold-medal finishes at the BMX Worlds and the Metro Jam. Gary poses a double threat, consistently rocking out solid routines in Park and Dirt competitions. What makes a great rider? Ask him and hell tell you its not the fancy tricks they pull out of their bag, but rather the fluidity of their lines. 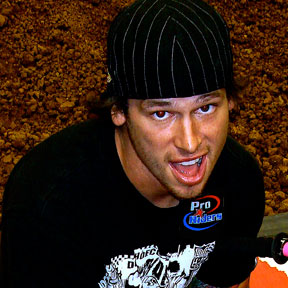 When your dad is a former motocross racer himself, your destiny will more than likely involve something with two wheels. Just ask Allan Cooke, who, at the ripe old age of two, learned how to ride a bike. Cooke and his brother, Aaron, quickly progressed and started riding dirt jumps in their backyard. After going pro, Cooke began competing in both park and dirt – and excelling in each. A consistent top 10 finisher, the highlight of Cooke’s career came in 2002, when he claimed silver at the Gravity Games as well as the gold medal in the dirt competition at X Games. 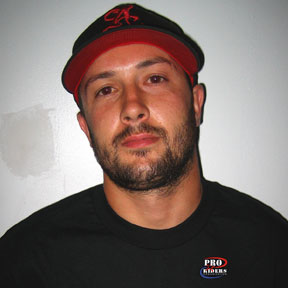 Known for innovation and his technical skills, Rob Darden was the first dirt rider to crank a barspin into a tailwhip and in park, he was the first rider to pull a tailwhip to grind. Taking risks and hitting huge tricks, Darden’s reputation has only been growing in the BMX community. Two years after graduating from high school, Rob moved across the country from his NorCal home to Greenville, N.C. However, after disappointing finishes in 2006 and ’07, Darden rededicated himself to the sport of BMX in the off-season, changing his diet and training regimen to get back into shape. 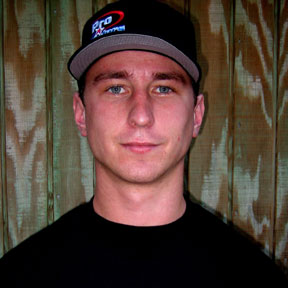 31 years old from northern Wisconsin – Dan has been in the action sports show game for 12 years. In that time his career has taken him around the world and around the US as both a performer and a competitor. He’s been a pioneer on his bike inventing tricks such as the 180 double tailwhip and the front flip double barspin. He is both a natural leader and an industry insider with an eye on what is next to come in BMX. He has been a team manager with Rise Above/AGA Nation for 5 years now and due to his talent and knowledge. 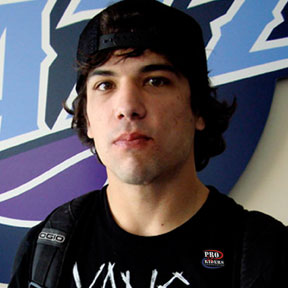 He grew up in Brazil without many skateparks and was forced to be creative in finding his own walls, lips, and jumps to ride. This ingenuity paid off for Canina, who is now known for his hard-nosed approach to riding. Despite a late start on the competition scene – he didn’t enter his first contest until he was 17 Canina came to the States and showed he was a threat on a bike. Beginning as an open qualifier on the Dew Tour, Canina quickly earned a permanent spot for the season and has been a fixture ever since. Originally a park competitor, Canina added BMX dirt to his resume in 2007, when he finished eighth overall in dirt and 11th in the year-end park standings on the Dew Tour. 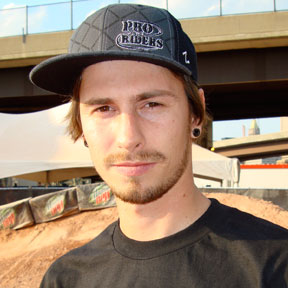 Out of Australia comes one of the hottest up and coming dirt and street riders to the USA. Born and bred Down Under, Dave Dillewaard is one of the best and most motivated riders that the sport of BMX has ever seen. Dave raged onto the scene in the spring of 2003 after working and saving his money for two years to make his way to the United States. He came prepared, and heads started turning right from the start at the Triple Crown in Denver. This contest allowed him to enter the best trick event and compete against some of the best riders in the world. Dave proved his ability by performing 360 tailwhips and taking home a nice cash prize. 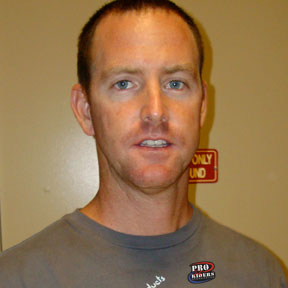 "I got into riding in 1984, when I got the first issue of Freestylin' magazine for my birthday. I already had a bike, and I just wanted to try everything I saw the pros doing in the magazines. Everything. I mostly rode flatland, but I had built a dirt jump in my back yard, a wedge ramp in my driveway, and a quarter pipe in the back of the house. The only aspect I never really got into was racing. There was not a track around were I lived". Check out Rob Nolli's BMX Trickstars, Florida's first traveling stunt show. 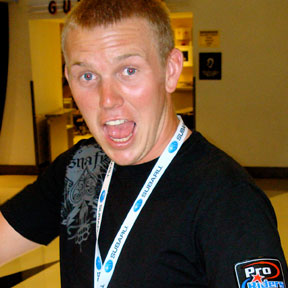 comes from a place where most of the bikes have motors and most of the hats have folded up bills. Mike's not normal. His bike is powered by his feet and his hats are made by New Era... and they always match his shirts and shoes. Most people knew Mike as "That kid who is always at Real Ride and is better than everyone else," but a lot has changed in the past year or so. After a year on Haro and a few good contest placings, Mike ended up on MirraCo and has been traveling more and riding better than ever. 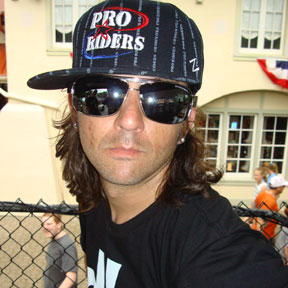 Zach "Catfish"Yankush
Age: 31 Hometown: Youngstown, Ohio. It started out with a zine called ACC or Atomic Circle of Chaos. It was the best. It was done by a guy named Bill Keaggy who lived near me. I was totally amazed at the quality and content of what I was reading. He changed my life. He's got an awesome website now www.keaggy.com it's got a link to ACC. Through that zine I ordered every possible zine I could. I totally began to immerse myself in the CULTURE of BMX. 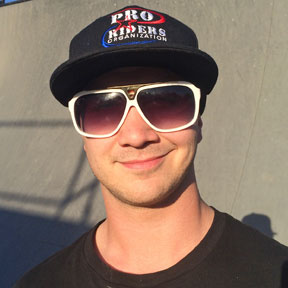 I never thought I’d be able to get paid doing something that I love and this sport has allowed me to do that. I push myself to progress but at the same time try to have as much fun as I can and let that reflect through my riding and attitude. God will always come first in my life but riding is my focus beside that. My life seems to revolve around it. I do my best to be a good role model for the kids in the area and help them stay out of trouble and to realize that they have an awesome opportunity, to make the best of it, and have as much fun as they can. The way I see it, the one who leaves the session with the biggest smile on their face is the best rider. 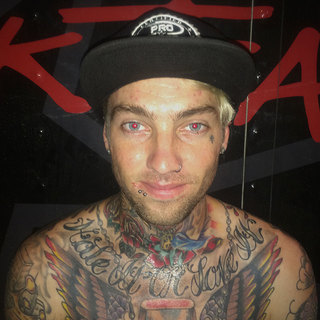 Jack Fahey is 22yrs old from the Gold Coast Australia currently living in  California, Jack has been riding competitively for over 5yrs in Freestyle BMX as a professional athlete. It was his dream and ambition to make a career from the love of riding, travelling the world participating in competitions, representing his sponsors and passing on his knowledge and expertise to other passionate riders.