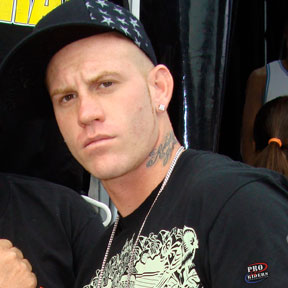 is faith, ambition and innovation. His journey to the top of the freestyle motocross world began in Mays Landing, New Jersey.  Faisst being a vet to the freestyle motocross world has no plans of retirement.  He still has some two wheel goals he wants to meet plus has added some four wheel goals to his list as well.  He enthusiastic drive to succeed places him on top with some of the best in action sports.  Always growing and setting new goals Faisst will always be seen as a top competitor. 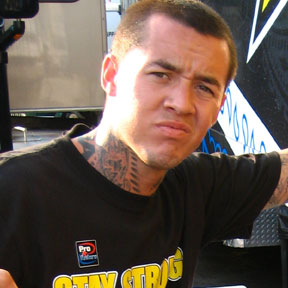 (born September 27, 1981 in San Diego, California) is a professional freestyle motocross rider and professional off-road truck racer. Stenberg received his nickname 'Twitch' from his Tourette's syndrome, which he was diagnosed with at the age of eight. He started riding motorbikes at the age of two so his father could spend more time with him and keep him out of their dangerous neighborhood. He is a born again Christian. 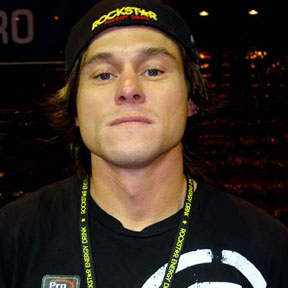 Motocross legend, off-road racer, team owner, and businessman “The General” Brian Deegan is a pioneer in action sports. In a pivotal moment in 1997 at the Coliseum in LA, Brian made history and pioneered what is known today as Freestyle Motocross by “ghost riding” his bike across the finish line – astonishing the crowd, stunning the AMA officials, and setting into motion a new breed of competition. 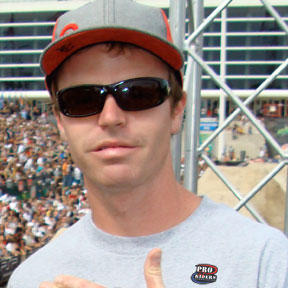 It was a given that Adams would ride motocross from the day he was born. It was in his blood. Adams' father and brother rode motocross and had Adams riding at just eight years old. At 14, Adams started learning tricks and by 2000, his freestyle career began at the Salt Lake City IFMA event. Adams instantly found success in IFMA events and after only one year as a pro, he was crowned the World Freestyle Motocross Champion in 2002. Building on his success of the 2002 season, Adams focused on becoming the best freestyler in the world. 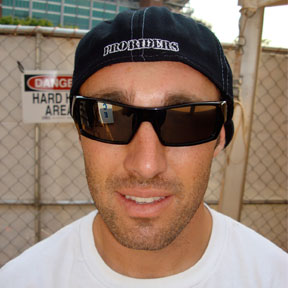 is a machine in motocross. He first started riding dirt bikes when he was 11 years old and worked himself through the ranks on the National Arenacross series. In 2005, he showed the world his talent when he placed third in the Dew Cup standings. The following summer, he bettered himself with second place at the Dew Tour, and third at the X Games. Mason continued to show great consistency in 2007, when he place third in the overall Dew Cup standings. 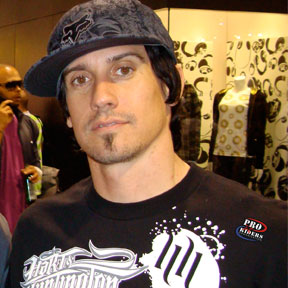 Carey Jason Phillip Hart (born July 17, 1975) is an American retired freestyle motocross, motorcycle racer and current off-road truck racer. He is known for the first attempted back flip on a 250cc motorcycle in competition and for his company Hart & Huntington Tattoo & Clothing Company. He and singer Pink have been married since 2006. 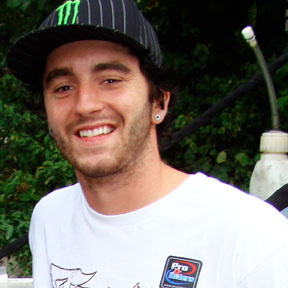 By all accounts, FMX veteran Adam Jones is absolutely killing it on the second leg of Nitro’s 2015 North America tour. He is known for his amazing extension on all the classics. With other career achievements such being named the 2007 Transworld motocross rider of the year, the 2008 AST Dew tour overall champion, and a host of other medals, Adam Jones is undoubtedly one of the greatest FMXers on the planet. 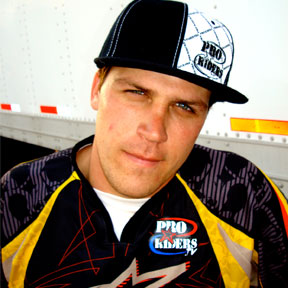 in a few words would be nearly impossible. Dirt bikes came into his life during family trips to the desert, primarly Ocotillo Wells. In his younger years Fitz was on a different direction of sports, taking on Aquatic High Diving. Once his family moved to a 54 acre vineyard propriety in Temecula, he turned his skills from flipping into water over to flipping a dirt bike onto dirt. Brian Deegan, Twitch, Larry Linkogle, Todd Potter and the rest of the Mulisha crew began to build jumps over at Fitzpatrick's propriety. 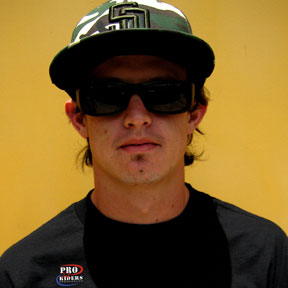 or the B-10 Bomber has some insane skills in freestyle but is best known for Moto X Step Up , backed by 4 XG Step Up gold, including back-to-back in 2010-2011. When the pressure is on, Buyten digs deep and finds a way, even if it's not pretty. His 17-attempt 2004 battle with Jeremy McGrath when his shoulder popped out of socket twice is now XG legend, and in 2010 he and Ronnie Renner initially tied at 33' 6", but Buyten just gassed it harder and went bigger in overtime for gold. 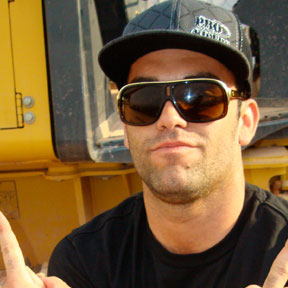 is a down-to-earth guy with incredible bike skills. The Metal Mulisha crew member brings a fresh attitude to the major contests. He is constantly working on improving the technical aspects of his biking performance. Travis Pastrana has said that Potter is one of the most technical riders he has seen. The tricks he does would not necessarily score as high as others, but they speak volumes for him and his bike control. Learning the back flip was a real challenge for the 26-year-old. 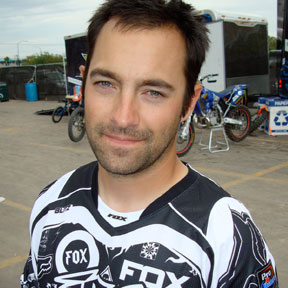 Respected as one of the most technical riders in the sport, Miller is one of the very few top-level riders who still lacks the flip. He makes up for that, though, with a huge array of tech combos and big let-go stunts that push the limits. he even earned the IFMA's 2004 Progression Award. Dustin Miller has emerged as one of the top riders in Moto X. After dominating the 2001 Pace SFX tour, Miller introduced himself to riders at the Salt Lake City LXD Freeride Championships by winning both nights. 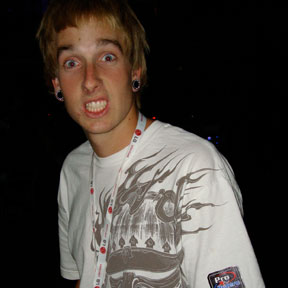 FMF's Destin Cantrell is geared up to throw down some massive whips at this year's Monster Energy Cup at Las Vegas' Sam Boyd Stadium! Check out how some of his training went down while preparing for this upcoming event. 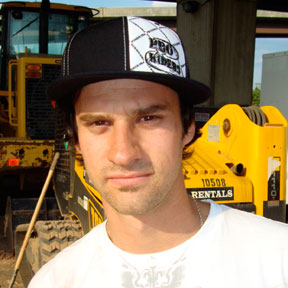 Brian "Bubbs" Foster was your typical, fast-racing pro who recognized the bigger picture when FMX popped out of the hills of Southern California in the early '00s. After dipping his toes in the FMX world for a few years, Foster graduated to the industry, and now spends the majority of his time as the "everything" man for Deft Family gloves. 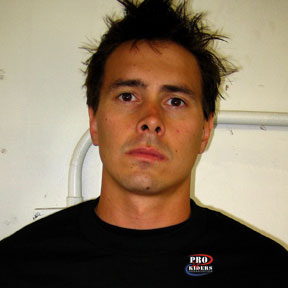 Being able to ride your dirt bike for a living and getting to work in the industry that you love so dearly is truly a blessing. Since entering the FMX scene in 1999, McGuire has been a fixture on and off the bike. From riding demos with the "Riders for Christ" to helping operations with X Games and ASA Entertainment, McGuire has established himself across the board. 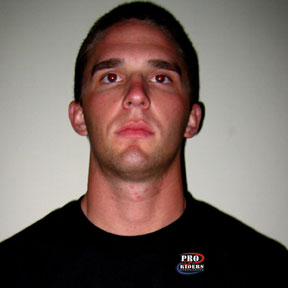 Hagy has competed in the X-Games, LG Tour, and has performed FMX jump demos around the world. “Ryan is the perfect person to oversee all facets of marketing,” said Bill Gage.  “From the day I met Ryan I could tell he was a leader and was motivated to build a career for himself beyond being an amazingly talented FMX rider". 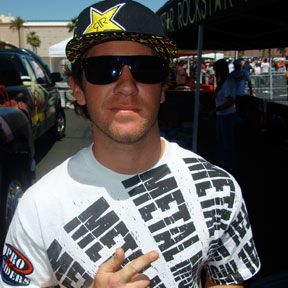 started off life on the beaches of San Clemente surfing and becoming a part of the San Clemente High School surf team. He was shortly introduced to sports announcer Cameron Steel who already took young groms at the time, Todd Potter, Jeff Ox Kargola and Ryan Hagy under his wing. Derek began riding dirt bikes and was introduced to Brian Deegan in 1998 at the Metal Mulisha Compound. 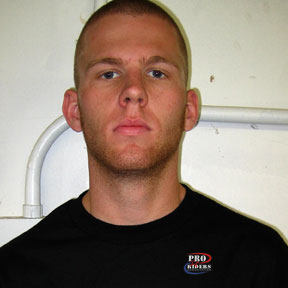 I would love to get more flip tricks, plus some tricks I lost over the years to get back into Freestyle and really start doing more events and contests. Not just Step-Up or Whip contest. And obviously,I really enjoying what I do! Since I am one of the few who gets to do what they love! 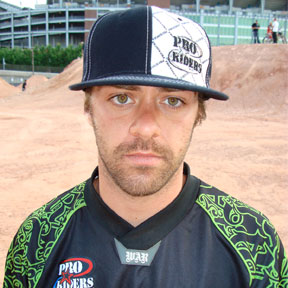 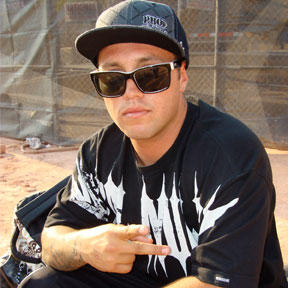 is the definition of a Freestyle Motocross warrior. He emerged into the sport quickly taking the spotlight as one of the greatest Freestyle athletes in the world. Lusk dominated any competition or event he touched. His wrap sheet includes a long list of successful accomplishments led together with the Metal Mulisha team. In 2009 we lost our friend Jeremy Lusk to a tragic crash on a horrible night in Costa Rica. 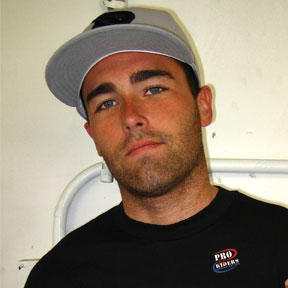 The day of April 29th symbolizes the loss of an icon, brother, friend, athlete and Metal Mulisha family member. In 2011 on this very day, the consequence we all suffered was the loss of such an inspiring individual, Jeff ‘Ox’ Kargola.