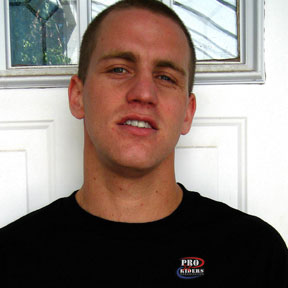 (born 9 January 1980 in Newcastle, England) is a former BMX Dirt rider. On Friday 22 June 2007 at the Dew Action Sports Tour BMX Dirt Finals in Baltimore, Maryland, Murray took a catastrophic fall attempting a double back flip on the final jump in the dirt section. He received career ending injuries to his spinal cord and vertebrae and is paralyzed below the shoulders.Recent reports have shown that he can shrug his shoulders, move his toes, his index, and thumb fingers. Murray was a seven-time expert British champion and six-time UK National champion before the age of 16. 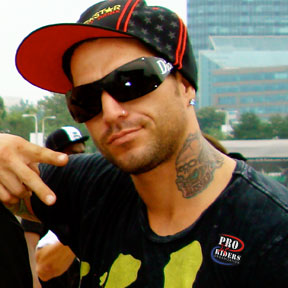 With a nickname like “Nasty,” it’s pretty easy to see why Cory Nastazio is known as one of the bad boys of BMX. After claiming silver at the 2000 X Games and gold at the Australian X Games in ‘02, Nasty’s accomplishments earned him the NORA Cup in 2002 and ’03. However, his career took an unexpected turn when, in April 2004, his Honda Civic crashed into a tree and he landed in the ICU for two weeks. But despite a hemorrhage on one side of his brain, broken ribs, and a collapsed lung, Nasty battled back and made a full recovery. 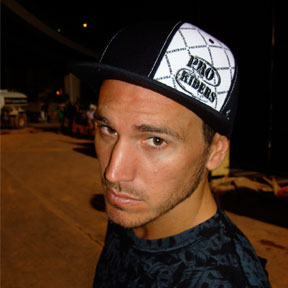 is part of the Australian contingent that has dominated the BMX dirt scene over the years, developing his signature smooth style in the many concrete parks of his homeland.As comfortable in the park or on the street as he is on dirt, Bohan claimed gold at the Planet X Games in 2002 and backed that performance up with a silver medal at the main event the following year. Bohan became the first rider to earn back-to-back X Games gold medals in 2004 and ’05, and improved upon those results with his third consecutive win in ’06. Bohan consistently finished in the top 10 on the Dew Tour as well, including a win at the first stop of the 2005 season. 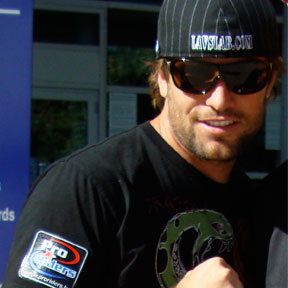 is an American BMX rider, professional musician, and host of MTV's The Challenge since its eleventh season. Thomas Joseph Lavin was born December 7, 1976 in Las Vegas, Nevada. Lavin first began to ride bikes when he was two and raced BMX until he was 15. He then gave up racing to try dirt jumping. He eventually became a professional at the age of nineteen. He has won almost every competition he has entered including the X Games and the Dew Action Sports Tour. 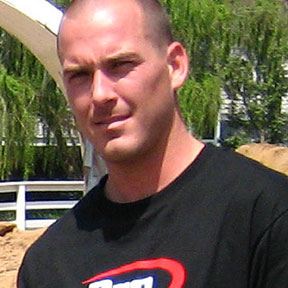 Age: 25 Current residence: Riverside, California. "There’s never going to be an end. If you don’t love it, then why even do it? Why even ride now if you don’t love it? You know what I’m sayin’? Like for a while, I wasn’t happy riding my bike sometimes because I get burnt out pretty easily, but that happens to everybody—like say if they rode 24-7 and they have to focus on this and have to focus on going here or doing that… But I’m going to be riding forever because this is my love. Even before I had a sponsor I would still ride down to my trails when I had a car. In my eyes this is the only thing I know that keeps me happy and sane, you know? I’ll fully be doing it my whole life". 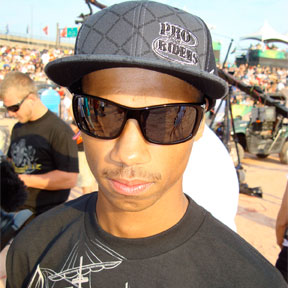 Best known for his positive attitude and friendly demeanor, Ellis is a young rider who is quickly making his mark in the BMX dirt scene. One of only two riders to land the double backflip on the 2006 Dew Tour, Ellis struggled to put down consistent runs, recording his only top-10 overall finish in 2007, when he closed out the season ranked ninth. Flying under the radar, Ellis wasn’t consid­ered a podium contender until recently. Taking 2009 by storm, Ellis burst out of his shell with his arsenal of flip and spin variations, winning the Warriors of Wood con­test put on by fellow BMX rider Ryan Nyquist. 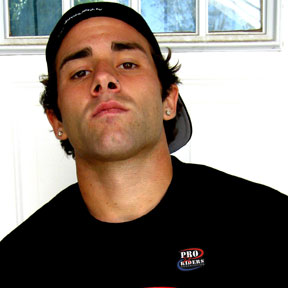 Hailing from the Land Down Under, Luke Parslow goes full throttle every time he drops into the dirt jumps. After placing 11th in the 2005 Dew Tour’s year-end standings, Parslow used the off-season to refine his tricks in the hopes of cracking the top 10. A two-time X Games medalist (silver in 2005 and bronze in ’06), his efforts paid off in 2006, placing either second or third at all five Dew Tour stops and closing out the year in second place in the year-end Tour rankings. 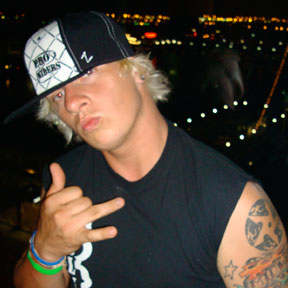 started riding BMX in 1997 on a classic Mongoose California in the hills of Indiana and he’s still riding the Midwest to this day. Cruising the dirt trails in the summer and hitting the park in the winter, Gerber looks up to riders TJ Lavin, Allan Cooke, Nasty, Whitesnake, and Adam Strieby. Featured on the cover of the January 2008 issue of BMX Plus! Magazine performing an inverted flair, Gerber used a career-best sixth-place finish at the Toyota Challenge to close out the 2009 Dew Tour in 10th place overall – a spot off his best year-end ranking achieved during the first season of the Tour. 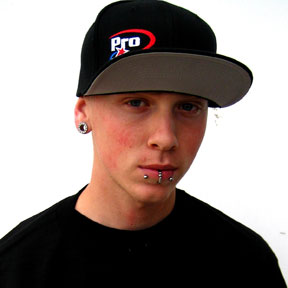 Hancock rode for Specialized Bicycles during his career, competed on the Dew Tour Circuit, and originally hailed from the Phoenix, Ariz. area, where he discovered BMX. In a tribute to Hancock on Arizona BMX site The Dagger Zone by KC Badger, Hancock was remembered for his abilities. "Last year at a random local contest, Thomas showed up and completely dominated everyone. Not only did he have all those circus tricks (remember the 360 backflip tailwhip) he had some of the best style in the game," said Badger. He was a true Pro Rider from day 1 and will be truly missed. 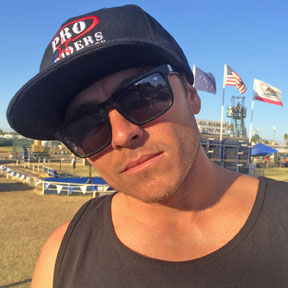 Let us help you make your next assebly or event one everyone will remember! A BMX show is the best way to grab the attention of the audience and deliver a powerful message that is sure to stick through time. Not only will every single person be on the edge of their seats watching these amazing stunts but they'll be captivated by what our riders have to say. Seeing is believing and we guarentee they will see something positive and motivating! Dustin McCarty.