With over 30 years of experience, we strive to bring you top quality action sports entertainment certified by the Pro Riders. Below are some events that we've produced and events that we support. Please feel free to contact us If your interested in hosting or sponsoring a Certified Pro Rider event in your local area. 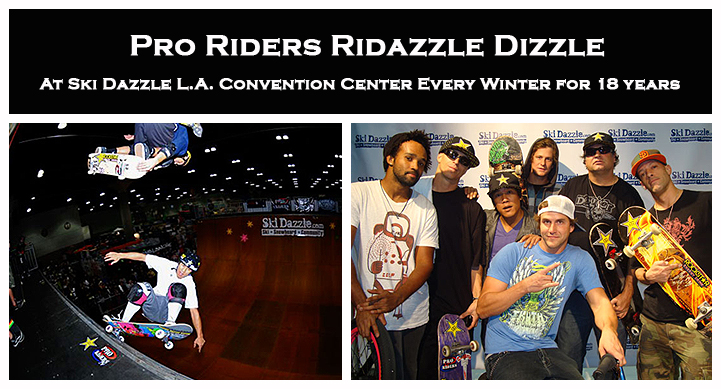 The Pro Riders Ridazzle Dizzle is an event that we do every year in the winter season, at the Ski Dazzle Show in Los Angeles Convention Center. Hosted by Pronouncer Dave Duncan with Pro Riders Austin Coleman, Chris Gentry, Sergie Ventura, Ben Snowden, Josh Borden and Simon Tabron. Good times with the great folks, for over 18 years. Let the good times roll! 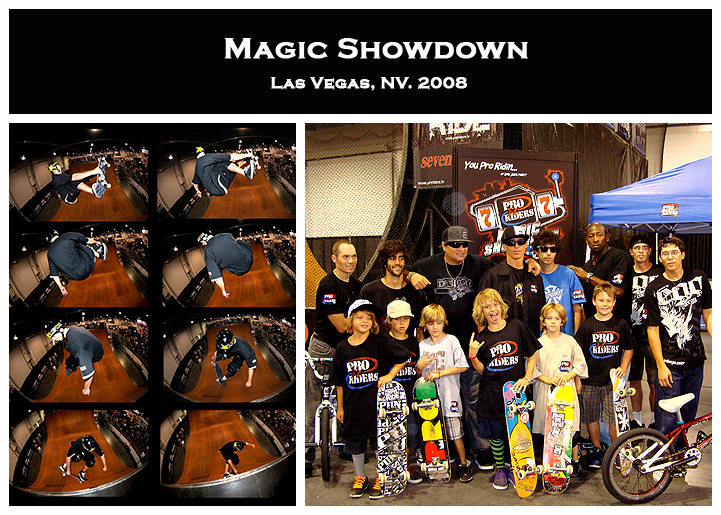 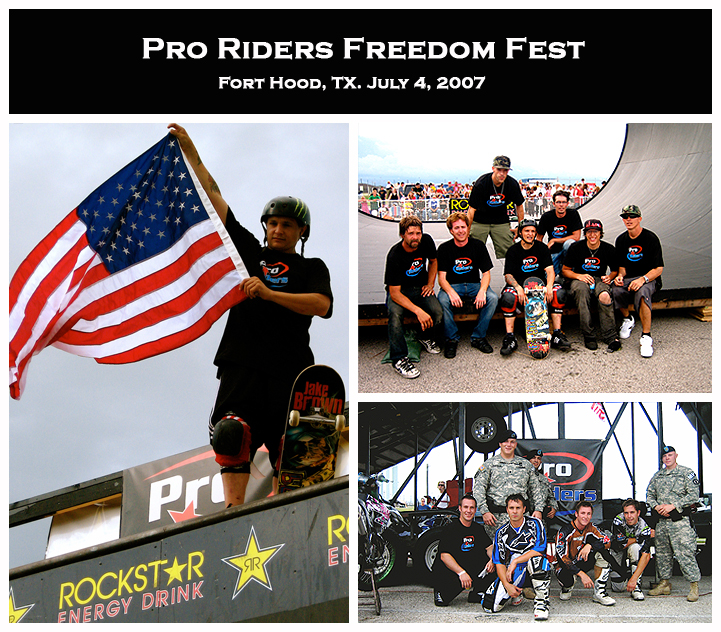 The Pro Riders Freedom Fest was brought to Fort Hood Army Base in Killeen,TX. by Pro Riders, Inc in July, 2007. The Pro Riders SKT Vert was myself Chris Gentry, Mike Crum, Danny Mayer & Jake Brown. BMX vert was Jimmy Walker and Koji Kraft. It was announced by Abe the “Tank Destroyer”. The vert ramp is 13' tall and 30' wide with 11' 1/2 transition. Soldiers for FREEDOM. Proud. 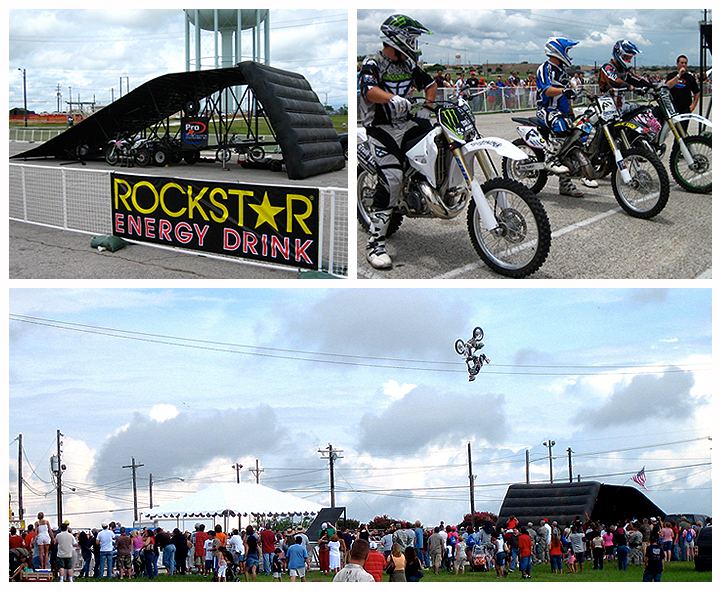 Pro Rider FMX Greg Hartman doin his superman backflip for the Fort Hood families. Thanks to all the soldiers who Protect our freedom to ride. That's Pro Ridin for the USA. Texas Big. Matt Hoffman's Aggro Circus at Universal Studios in Orlando, FL. is one of the best shows in the world. 6 shows a day 20 minute shows. The show features vert skaters like Sergie Ventura, Phil Hajal, Lincoln Ueda and Anthony Furlong. BMX Pro Riders like John Parker, Rob Nolli, and Dave Voelker entertain the 2,000 fans every hour with quality Pro Rider Certified runs. Fabiola Desilva on inline. The show happens in the summer time and holiday season. Matt Hoffman is a true legend and hero to the world. 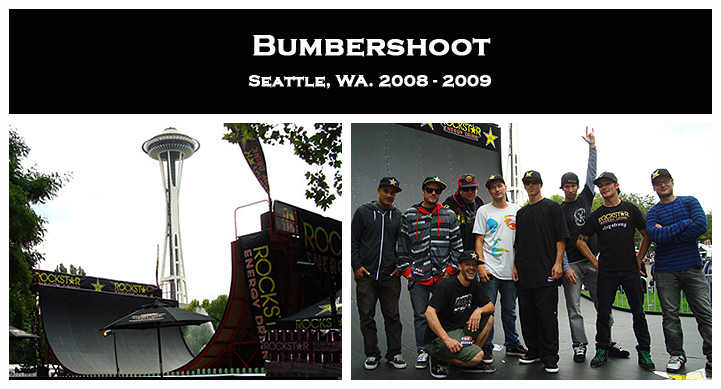 This set up is done by Woody Itson for BMX and Skateboarding vert and street. It has a fun box with 2 quater pipes and a 10' high vert ramp similar to the ASA tin can ramp set up. This set up is great for tours with lots of stops that need to be in and out quick. This demo had a jumbotron TV screen showing the live action on the screen. 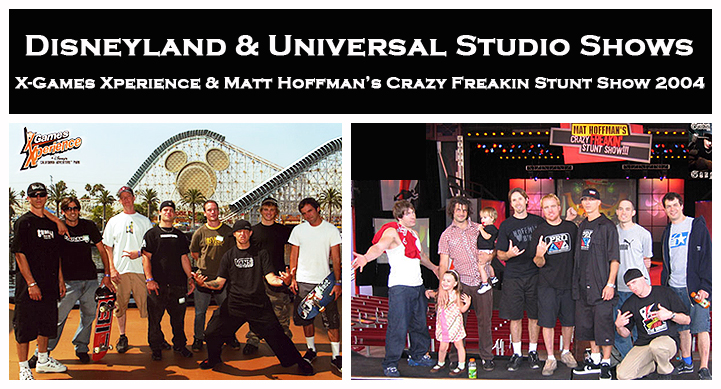 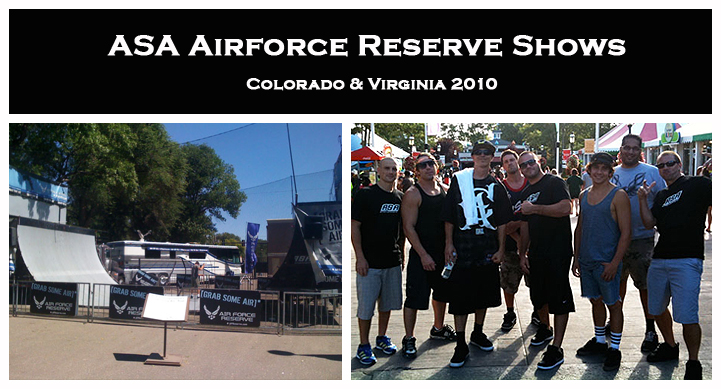 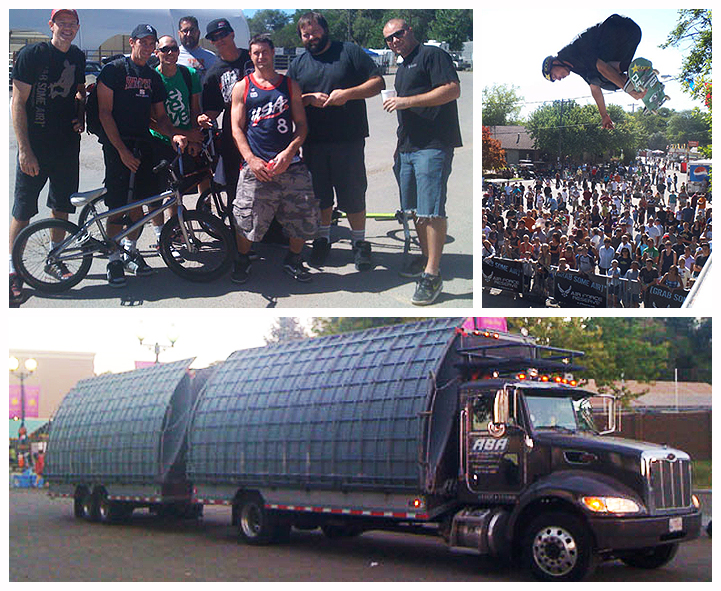 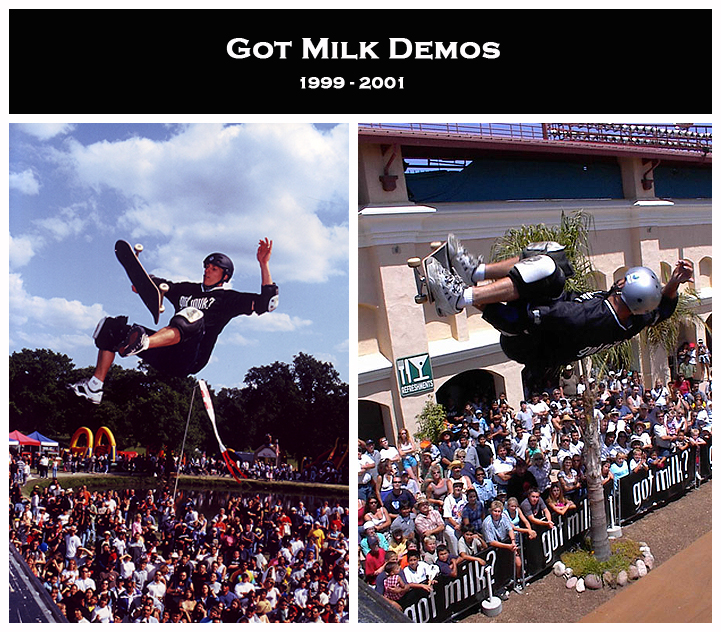