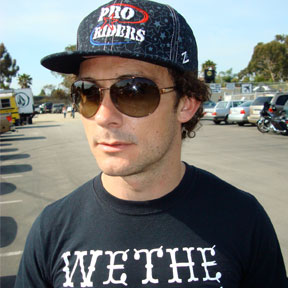 When he was a little boy, he dreamed of becoming a professional stuntman. More than two decades after making the dream a reality, Tabron has established himself amongst his peers. After turning pro in 1990, Tabron brought his talent – and his knack for spinning tricks – to the US, winning three consecutive Vert World Championships (2002-04). Since then, Tabron has added a more than a few awards to his trophy case. When he's not busy throwing down on the vert ramp, Simon plays in the band "Satellite Sons." 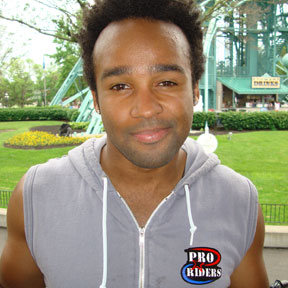 his career began on a skateboard, loving the freedom skateboarding gave him compared to traditional sports, Coleman didn’t switch to two wheels until one summer when he sprained his ankle. While the injury wasn’t that serious, it did alter the course of his career because while he was injured, his brother gave him his old BMX bike to pedal around on while he was injured. With his diploma hanging on his wall, Coleman turned to BMX full time with solid results.  Since then, Coleman has made strides in both park and vert. 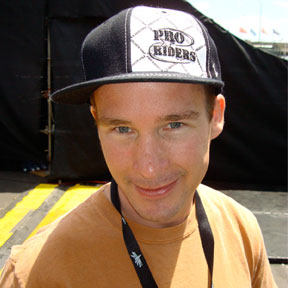 Hard work is nothing new to veteran BMX rider John Parker. He began riding in 1988, a time when BMX was a relatively unknown sport with little money behind it and limited popularity. But, John doggedly pursued his goals and fast became one of the most experienced and successful competitors in BMX Vert. He has competed in every single X Games since its inception in 1995, gaining four top-five finishes to his credit including a bronze in Vert Doubles in 1998. 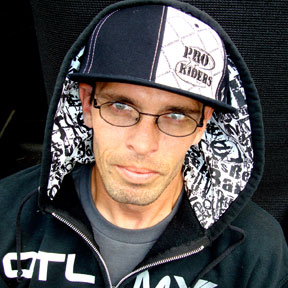 A professional BMX vert rider for more than 20 years, Jimmy Walker has been a consistent top-10 finisher throughout his career. Not only is Walker a talented rider, but he is also a businessman, running his own skatepark in Chicago for years. One of just four athletes who have made every Dew Tour final between 2005 and ‘09, Walker capped off the 2005 season with an overall ninth-place showing. In the two years following, he finished four spots higher, taking back-to-back fifth places in the year-end rankings. 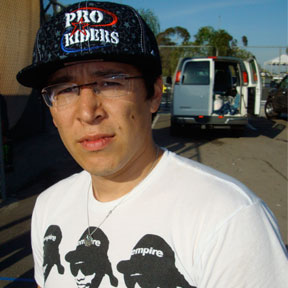 honed his skills with fellow vert rider Jimmy Walker at SCRAP Skatepark in suburban Chicago, and has since become known for his huge airs and clean double tail whips. Kraft started racing BMX at the age of 10 and joined the pro ranks in 2000. He quickly made the leap from relative unknown to consistent competitor and appeared on the 2004 Asian X Games podium in second place. With a handful of X Games appearances to his name, Kraft claimed a second consecutive Asian X silver in ’05 and repeated the feat again in 2008. 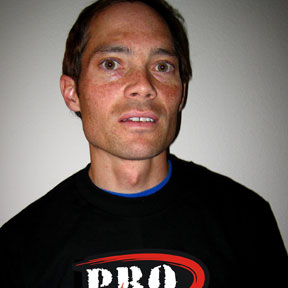 To put it simply, Jay Eggleston is a BMX vert specialist who feels most at home when he’s blasting big airs on a vert ramp. One of the few remaining riders from the original Lip Lords Freestyle Team out of Colorado, Eggleston is known for his smooth style of riding as well as for the size of his airs. Eggleston’s best year came in 2004, when he took second place in the Soul Bowl’s High Air contest, then followed that with the High Air title at the BMX Worlds. 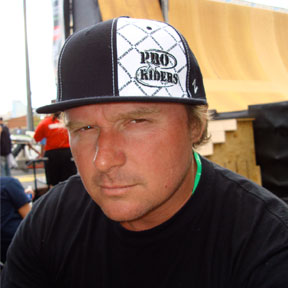 All the top guys in BMX know who Dave Brumlow is, and they all have a "Brumlow story". The stories are hilarious and almost always start with "this one time Brumlow...", and the best part is they are never the same story. I even have a bunch of stories, and the people that have heard them were busting a gut. Here are just some of the things Dave has done in BMX. He rode for GT, did shows and contests all over the country for them. Check off riding vert, and blasting over 10 feet constantly. Dave has put on many contest of his own. 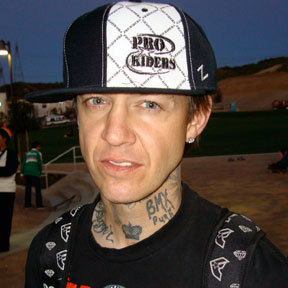 "This is My Life, I live it, breathe it and pin it to the fullest. There is no such thing as in between with me, I have been able to do a lot of amazing things in my life, hard work does pay off. Nothing has been handed to me, I work hard to follow my dreams and heart. I am a midwest kid from a lower middle class factory neighborhood that stuck to his belief of never giving in and refusing to never give up , I go for it and I will get there. It’s the only way to live, to fully create and express yourself, to have a vision and follow through".